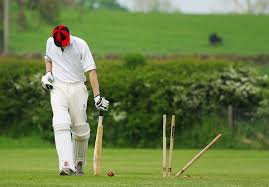 On 12th April 2016 one of England’s brightest young cricket stars, James Taylor, announced his retirement from the game. This came as a shock to the sporting world as at 26 it was expected that Taylor would go on to great things with his best years still ahead of him.

The reason for his retirement was the discovery of a serious heart condition called Arrhythmogenic Right Ventricular Cardiomyopathy (ARVC). ARVC is the same condition which almost cost Fabrice Muamba his life. It can often go undiscovered until after fatal a cardiac arrest, unfortunately commonly affects young athletes.

Defib Machines are instrumental in the preventment of cardiac arrest having fatal results by providing businesses with Defibrillator Rental Packages ensuring treatment is available in an emergency situation.

Taylor underwent tests after complaining he felt light headed and had a high heart rate after an innings for county side Northamptonshire CCC. This followed complaints from the player about feeling drowsy and tired whilst away on pre-season training. Once the results came back Taylor was strongly advised to retire from all forms of cricket and immediately scheduled for surgery to fit an internal defibrillator (ICD).

Stood at just 5ft 6in, Taylor quickly became a fan favourite for county and country. Known for his batting ability he recorded over 9,000 first class runs during his time at Leicestershire, Nottinghamshire and England. Coaches throughout the game have recorded their shock at the emergence of Taylors condition with many mentioning his high level of fitness, especially in comparison to his fellow professionals.

Although his retirement has shocked the game of cricket, it must be remembered that this could have ended in a fatality. All at Defib Machines wish Taylor all the best in his future careers and with his health.

Cardiac arrest is still the biggest cause of death in the UK with over 140,000 cases recorded in the UK each year. As can be seen from the above, this can affect anyone from healthy sport stars to children in schools to people in the office. Protect yourself by installing an automatic defibrillator for just £1 a day. To find out more about our all inclusive offering either call us on 0800 0852 733 or by contacting us online and one of our friendly specialists will get back to you shortly.

Read our guide that breaks down Defib Machines’ and rivals’ defibrillator price.

This website uses cookies to improve your experience while you navigate through the website. Out of these, the cookies that are categorized as necessary are stored on your browser as they are essential for the working of basic functionalities of the website. We also use third-party cookies that help us analyze and understand how you use this website. These cookies will be stored in your browser only with your consent. You also have the option to opt-out of these cookies. But opting out of some of these cookies may affect your browsing experience.
Necessary Always Enabled
Necessary cookies are absolutely essential for the website to function properly. These cookies ensure basic functionalities and security features of the website, anonymously.
Functional
Functional cookies help to perform certain functionalities like sharing the content of the website on social media platforms, collect feedbacks, and other third-party features.
Performance
Performance cookies are used to understand and analyze the key performance indexes of the website which helps in delivering a better user experience for the visitors.
Analytics
Analytical cookies are used to understand how visitors interact with the website. These cookies help provide information on metrics the number of visitors, bounce rate, traffic source, etc.
Advertisement
Advertisement cookies are used to provide visitors with relevant ads and marketing campaigns. These cookies track visitors across websites and collect information to provide customized ads.
Others
Other uncategorized cookies are those that are being analyzed and have not been classified into a category as yet.
SAVE & ACCEPT
England International Cricketer provides stark reminder to young sportsmen
mfmadmin
MENU